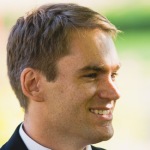 My name is Christer Enfors, and I sometimes describe myself as a professional programming nerd, and amateur martial arts nerd.

By day, I’m a software developer currently focusing on building Big Data solutions and chatbots. I’ve worked with Linux since 1995 (I started with a Slackware distro with Linux version 1.2.1), and Python has been my main programming language since about 2006. I’ve also worked with AMOS, Arexx, Assembler (MOS 6510 and Motorola 680X0), Basic, C, C++, Delphi, Elisp, FPL, Lisp, LPC, Perl, PHP, Shell scripts (ksh, sh and bash), Tcl/Tk, and Transact-SQL. I enjoy working on various open source projects, and in the last few years I’ve added most of my current work to my GitHub account.

When it comes to martial arts, I’ve scurried from one practice hall to the next, like some sort of martial arts slut with a bizarre kink for weird white clothes. I’ve practiced judo, fencing, jiu jitsu (Durevall), aikido, kyokushin karate, and I’m currently focusing on Shorinji Kempo where I feel like I’ve finally found my home in the martial arts world. Since 2013, I’m the chairman of my local club.

Where to find me